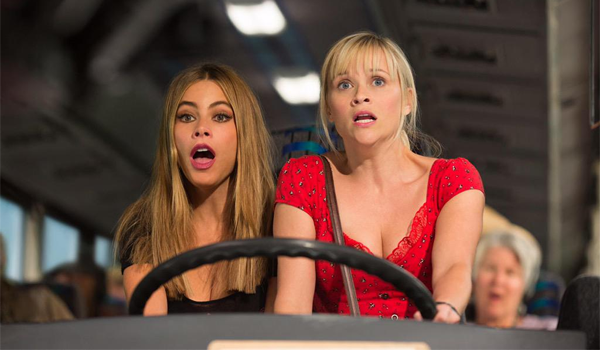 In the wake of Avengers: Age of Ultron's debut last week, Warner Bros. and MGM look to counter-program this weekend.

- Reese Witherspoon has a considerable fan base, and her most recent Oscar nomination has helped keep her on audiences' minds.
- Sofia Vergara could be a major draw for this movie among Hispanic crowds.
- Twitter and Facebook activity are quite solid, especially the former where it's leading Tammy and The Other Woman.

- Reviews are in the cellar (10 percent on Rotten Tomatoes at the time of writing).
- In such a crowded season for female-skewing films, this is the title most likely to suffer ahead of Pitch Perfect 2 next week.
- Flixster activity is significantly behind the pace of Tammy and The Other Woman.