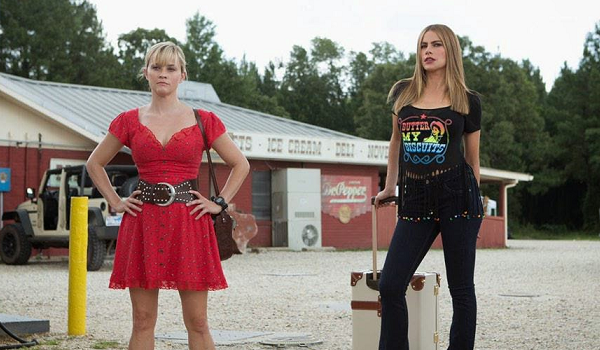 Reese Witherspoon and Sofia Vergara team up for Hot Pursuit, a new comedy that should do well with the same female demos that lined up for The Heat. This week BoxOffice takes a closer look at the film's commercial potential.

- Witherspoon and Vergara both come with huge fanbases. Witherspoon is on a roll following the success of Wild, and Vergara's popularity has been steady thanks to Modern Family.
- We see a lot of similarities between this and The Heat, the successful cop comedy starring Sandra Bullock and Melissa McCarthy.
- Reactions to the first trailer on Facebook and Twitter are encouraging.

- Opening one week after Avengers: Age of Ultron won't be an easy task.
- Pitch Perfect 2 opens one week later and that will steal away a lot of female moviegoers.