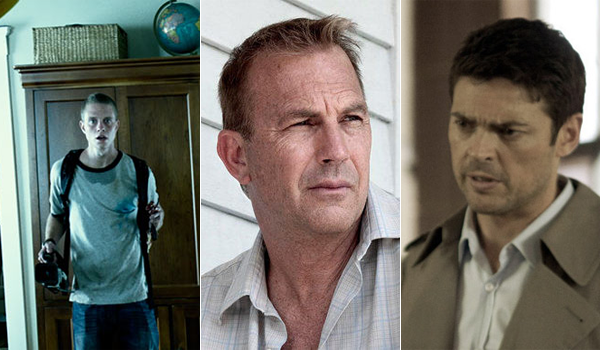 - Social media activity is comparable to that of Into the Storm.
- Past Super Bowl weekends have done well for pics targeted toward teens (Chronicle and The Woman In Black, e.g.)

- The found-footage "genre" may be played out at this point, even among teen crowds.
- Pre-release buzz isn't quite as strong as Chronicle's.

- The timely subject matter could give the film an extra boost of appeal.
- Kevin Costner and Octavia Spencer bring necessary star power for the under-the-radar release.

- Social media activity is quite poor up to this point, trailing the likes of Labor Day and Costner's Draft Day.
- With Oscar nominee Selma already in the market, it's unlikely this gets much attention in the end.

- The Facebook fan page has grown a noticeable 34 percent in the past week.
- Karl Urban's history in the Lord of the Rings and Star Trek franchises.

- Overall Twitter and Flixster activity are significantly behind that of John Wick.
- Unfortunately, neither Urban or James Marsden are considered box office draws.