Weekend Forecast: 'Unbroken', 'Into the Woods', 'The Gambler' & 'Big Eyes' 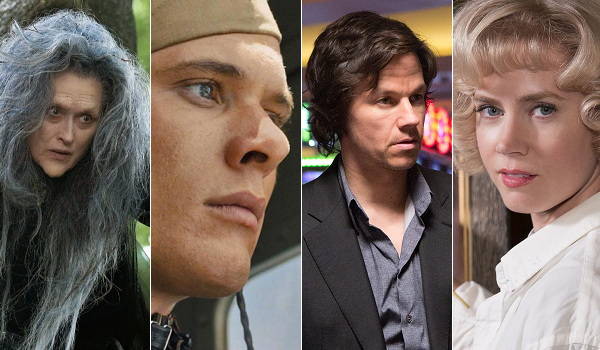 The final weekend of the year sees the release of a handful of wildly different titles. Will there be enough strength to help 2014 end on a strong note? (Note: As of this posting, an official location count is not available for The Interview. The film is not likely to finish in the top 10 considering that its opening location count will be limited to around 200 locations.)

- The encouraging underdog story is well-timed with its holiday release as audiences look for uplifting entertainment.
- Angelina Jolie's significant fan base could turn out given emphasis on her directorial attachment in marketing.
- Early buzz is quite solid in terms of being an audience-friendly film.

- Critics haven't agreed on the pic, which will mostly serve to undercut the film's award season potential.
- Without a major star to lead the film, Jolie's off-screen presence is one of its biggest assets.

- Disney is hard to bet against in any genre right now.
- The all-star cast, including Meryl Streep, targets a wide swath of potential family audiences.
- The film's Facebook page has shown significant fan growth over the past few months.

- Competition from several other family films (The Hobbit, Annie, and Night at the Museum 3) could hold back potential.
- Twitter and Flixster buzz have consistently trailed that of Maleficent by significant margins.
- Are audiences going to be burned out on musicals by this point?

- Mark Wahlberg's drawing power is in good shape following the massive success of Transformers: Age of Extinction.
- This could attract key male demos that otherwise would have went to see The Interview.

- Wahlberg has had his share of duds, so he's far from a sure thing.
- The topic--a degenerate gambler tries to hit rock bottom--could be a little too bleak for many viewers.

- Stars Amy Adams and Christoph Waltz have earned a lot of mainstream trust over the last several years.
- The reviews are largely positive.

- The true story that it's based on may be too obscure.
- Key female demos may opt to see Into the Woods instead.

Tags: Big Eyes, The Gambler, predictions, Unbroken, The Interview, Into the Woods