Weekend Forecast: 'The Hobbit: The Battle of the Five Armies', 'Annie', & 'Night at the Museum: Secret of the Tomb' 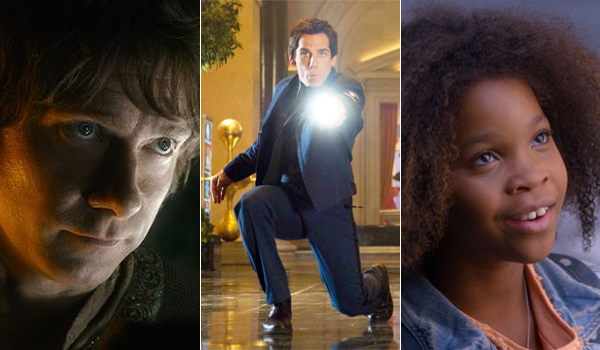 The penultimate weekend of 2014 sees the grand finale of The Hobbit trilogy bow on Wednesday, December 17, followed by Night at the Museum: Secret of the Tomb and the Annie remake on Friday, December 19.

The Hobbit: The Battle of the Five Armies

- Despite falling short of optimistic expectations at the domestic box office, the first two films have proven successes in their own right as fans of the franchise continue to include a healthy share of both loyalists and casual viewers.
- The finale factor will likely be in play here as the studios have amped up their marketing campaign to emphasize this chapter's scale and nostalgia.
- Word of mouth for the second film was noticeably stronger than the first, which could add to increased interest in this one.
- As expected, online buzz has been strong among fans.

- Although reception for the second film was stronger, there are still plenty of viewers who don't share the must-see enthusiasm for this trilogy when compared to The Lord of the Rings.
- The slew of family competition opening within one week of this film could hold back those general audiences in the long run.
- Twitter momentum, while healthy overall, isn't on the same level as several of 2014's biggest box office hits.

Night at the Museum: Secret of the Tomb

- The series found its biggest success with a Christmas release for the first film back in 2006.
- Ben Stiller remains a considerable draw among family audiences.

- The second film's word of mouth/legs weren't as strong as the original, so franchise fatigue is very likely to settle in for this entry.
- Competition for families from The Hobbit, Annie, and Into the Woods will probably limit appeal even further this time.

- The all-star cast and producing team, led by newcomer and recent Oscar nominee Quvenzhané Wallis, set the stage for this remake to appeal well to a new generation.
- Musicals in particular have found their fair share of success in past holiday seasons.

- The recent piracy leak of the film could is worth noting, however, there's not much overlap between the film's audience and the types that download movies for free online. Box office impact should be minimal.
- Competition for families from The Hobbit, Into the Woods, and Night at the Museum 3 could hold back breakout potential.

Tags: predictions, Annie, Night at the Museum: Secret of the Tomb, The Hobbit: The Battle of the Five Armies