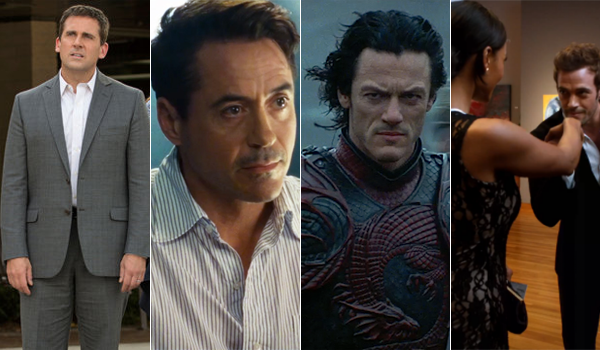 The second weekend of October sees the wide release of four new films. Will any be able to unseat Gone Girl as the top film?

Alexander and the Terrible, Horrible, No Good, Very Bad Day

- The Disney brand name and Steve Carell's presence could attract family viewers given their relative lack of options in the market.
- Twitter activity has perked up slightly in the week ahead of release.

- Unfortunately, general social media buzz is lacking. The film's Facebook page accounts for only ~73,000 fans two days out from opening.
- With the success of The Boxtrolls, families may have had their fill on movie outings until next month's Big Hero 6.

- Robert Downey, Jr.'s star power has increased thanks to his massive success in the Marvel Cinematic Universe.
- Twitter activity has been very encouraging this week.

- Given the would-be Iron Man 4 rumors floating around (some of which perpetuated by Downey himself), Twitter activity is likely inflated.
- Early reviews have been very mixed, and the recent success of Gone Girl and The Equalizer should cut into the film's target adult audience.

- Facebook and Twitter activity have been noticeably strong, particularly the former with its almost 2.5 million fans.
- The built-in brand awareness could draw out genre fans.

- Flixster activity leaves something to be desired given the fan-driven appeal of this title.
- Last week's breakout success from Annabelle could hit this hard.

- Twitter and Facebook activity haven't been far behind that of No Good Deed.
- Targeting an under-served audience has proven successful in the past.

- The reported semi-wide release will hold back and breakout potential.
- Flixster buzz leaves much to be desired in comparison to Deed and Tyler Perry's The Single Moms Club.