Weekend Forecast: 'The Maze Runner', 'A Walk Among the Tombstones', & 'This Is Where I Leave You' 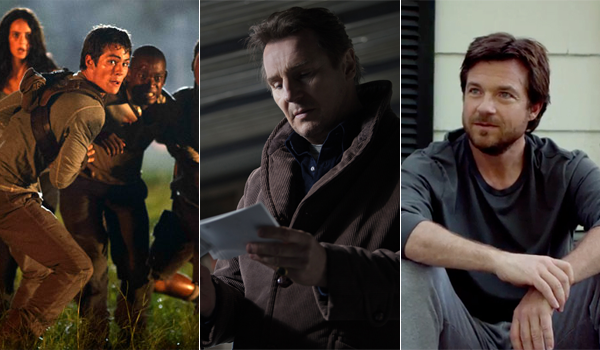 - Young adult novel adaptations are hot right now in the wake of The Hunger Games and Divergent.
- Fox's marketing campaign has strongly pushed the film as an all-around thriller.
- Facebook and Flixster activity are relatively strong in comparison to Divergent's.

- Opening in the dead zone of September isn't something the major young adult adaptation have had to overcome.
- Twitter activity, while fairly solid, is significantly behind Divergent.
- Are audiences ready for a new franchise at this time of year, or simply waiting for Mockingjay Part 1?

A Walk Among the Tombstones

- Liam Neeson's box office drawing power has been well proven in recent years.
- With over 278,000 fans entering Wednesday, Facebook activity is respectable.
- Older male crowds don't have much else to look forward to this weekend.

- The darker tone and somewhat niche genre could hinder Tombstones in the way it did past star-driven flicks like Killing Me Softly and Out of the Furnace.
- Twitter activity is modest.

This Is Where I Leave You

- Twitter and Facebook buzz leave much to be desired.
- Despite overall success in recent years, Bateman and Fey have each had their share of box office disappointments.
- Opening on a somewhat crowded weekend won't help matters.

Tags: This Is Where I Leave You, The Maze Runner, A Walk Among the Tombstones, predictions