Weekend Forecast: 'Dawn of the Planet of the Apes' 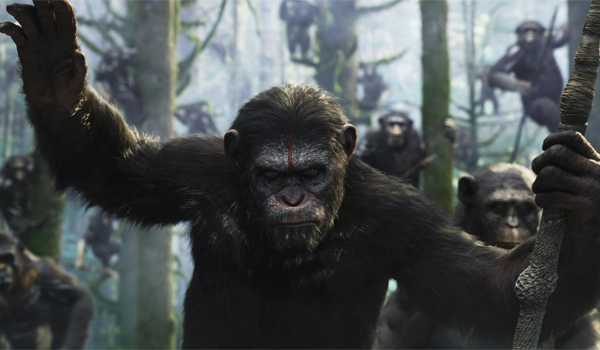 July 11 sees the release of Fox's anticipated sci-fi sequel, Dawn of the Planet of the Apes.

Dawn of the Planet of the Apes

- The previous film hauled an impressive $55 million opening and $177 million domestic total in 2011, regaining much of the goodwill lost by the prior series reboot in 2001.
- Early reviews for this installment are ecstatic, scoring a 98 percent rating on Rotten Tomatoes (from 43 reviews) at time of publishing.
- The lack of breakout blockbusters this summer leaves Apes in a position to pick up moviegoer demand for something fresh and exciting.
- Flixster activity is stellar, becoming only the sixth movie of 2014 to score over 100,000 anticipatory votes.

- The change in leading man (from James Franco to the lesser known Jason Clarke) means star power won't drive this one. However, the return of Andy Serkis and addition of Gary Oldman in a villain-like role could offset that somewhat.
- Twitter and Facebook activity have left something to be desired, although it may simply underline the fact that this series appeals to an older audience base.
- Despite gaining a strong amount of goodwill through the lead-in flick, sequels don't always improve upon their predecessors (see Star Trek Into Darkness).
- Although it's technically the first sequel in this string of films, there's still something to be said of franchise fatigue in a summer filled with sequels that have underperformed against their predecessors.

Tags: Dawn of the Planet of the Apes, predictions