Weekend Forecast: 'Maleficent' & 'A Million Ways to Die in the West' 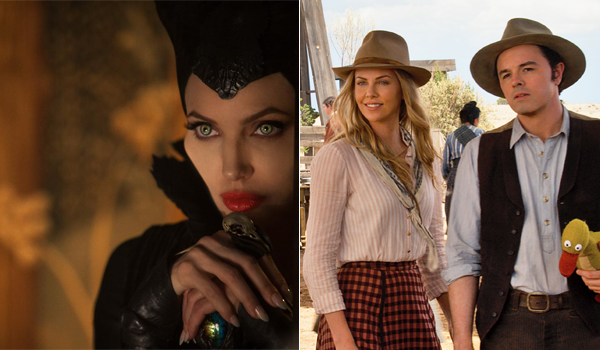 The end of May and beginning of June bring Disney's Maleficent and Universal's A Million Ways to Die in the West.

- The title character, as the famous villain of Disney's Sleeping Beauty, gives the pic some what built-in appeal.
- Angelina Jolie's star presence should attract older crowds (particularly women).
- Disney's success with Frozen helped revive the brand's appeal among moms and daughters--expected to drive this film at the box office.
- Maleficent represents the first tentpole of summer aimed squarely toward women of all ages.

- Fathers and sons are likely to opt for X-Men, Godzilla, or any number of other male-oriented films in the market.
- While considered a mega-star, Jolie hasn't been present at the box office very much in recent years.
- Opening the weekend after Memorial Day hasn't been a grand slam strategy for most studios in the past, although this looks to buck that trend.

A Million Ways to Die in the West

- Seth MacFarlane's star grew immensely after the success of Ted two years ago.
- The all-star ensemble could help attract audiences outside of MacFarlane's typical audience.
- Aside from Neighbors, the comedy market isn't too saturated yet.

- Westerns have an ugly recent history at the box office when they aren't well-reviewed Oscar contenders.
- MacFarlane leads the film himself, a burden he didn't have to carry with Ted.
- Social media buzz is noticeably lacking, as are positive reviews from critics.

Tags: predictions, A Million Ways to Die in the West, Maleficent