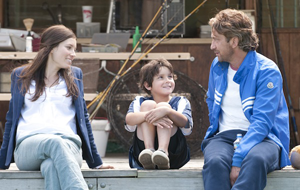 For the second consecutive week, our Long Range Forecast sees the addition of just one new wide release as studios appear to be allowing the big November releases some breathing room while simultaneously providing distance from the hugely anticipated Hobbit film in the middle of December. This week's new entry, Playing for Keeps, is currently scheduled for release on Friday, December 7.

- Currently slated to be the only wide release of the weekend.

- Opens right in between Thanksgiving weekend releases and The Hobbit.
- Gerard Butler likely has a smaller following now than he had two years ago after being out of the spotlight for a while.
- Having its earlier release date pushed back nine months isn't a good sign.

Notable changes on our forecast this week include Paranormal Activity 4, Alex Cross, Life of Pi, Silver Linings Playbook and Killing Them Softly.