Long Range Forecast: 'Country Strong' and 'Season of the Witch' 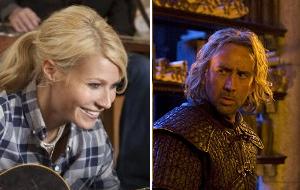 This week, we've added two new films to the Long Range Forecast. Country Strong and Season of the Witch both open on January 7.

Country Strong could turn out to be a genuine sleeper hit. The Gwyneth Paltrow vehicle should be able to tap into the same audience that turned Crazy Heart into a nearly $40 million hit. If the soundtrack becomes a country music hit, then the film could really blow up.

Season of the Witch has dud written all over it. Nicolas Cage has been more miss than hit as of late, and Witch doesn't look like it will reverse that.