Weekly Anticipation Index: 'Edge of Darkness' and 'When in Rome'

Mel Gibson returns to the world of acting this January in director Martin Campbell's Edge of Darkness. 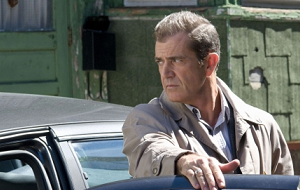 This week, we've added two new films to the Anticipation Index. Edge of Darkness and When in Rome both open on January 29, 2010.

There is bound to be a lot of press surrounding the fact that Edge of Darkness marks Mel Gibson's first starring role since 2002's Signs, which grossed more than $400 million worldwide. Yet Gibson's public image is seriously tarnished thanks to a DUI arrest, anti-Semitic remarks and a very public divorce. Luckily, mainstream audiences can be very forgiving. Just look at how well Robert Downey Jr. has rebounded after years of drug and alcohol abuse. Perhaps enough time has passed and Gibson can return to at least some of his former box office glory with this latest project. It will also help that Darkness is in the same vein as recent revenge flicks such Taken and Law Abiding Citizen. Both of those films were huge commercial successes.

When in Rome will mark a major test for star Kristen Bell. The young actress has had supporting roles in hits such as Forgetting Sarah Marshall and Couples Retreat, and now she's at the center of a marketing campaign for a Disney film. It will definitely help that Bell is backed up by a strong supporting cast that includes Will Arnett, Dax Shepard, Josh Duhamel and Anjelica Huston.

Check out our predictions for both of these films as well as others in the table below.