He's Just Not That Into You

Pop culture can sometimes be as dangerous as it is interesting. "What's what" can often mark cultural shifts in the way we interact, especially in regard to our approach to the opposite sex. Every facet of attraction in some way falls victim to the pop culture machine, at least in a superficial sense. In some ways, I believe this is what the book-cum-film He's Just Not That Into You was trying to convey-that so-called social norms get in the way of showing people who we truly are. This would be a noble task if the movie actually exercised this mentality throughout its run time. Instead, it merely serves to perpetuate the very same thing it chastises. 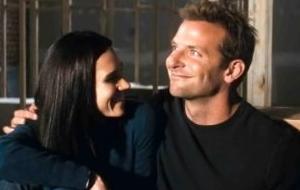 The basis of the film qualifies its success-a $93.9 domestic gross and a peak of 3,175 screens. The premise is taken from a book of the same title; a title derived from a line from the cultural steamroller that is Sex and the City. We've seen variations of the quip everywhere, including the laughably bad "I just don't like your uterus," reference in Baby Mama. It's unavoidable. Nonetheless, the book was originally intended to be a self-help guide to surviving the unforgiving jungle that is the modern dating scene. The movie takes these notions and embraces them. While it's hardly celebratory of the current scene ("Yay, dating is complicated!" would be an even more trite message) it is accepting, suggesting we work within these manufactured social confines rather than find people who aren't interested in participating in them. Into You recklessly implies that these hurdles are unavoidable and, in running the race towards wedded bliss or non-marital happiness, one must overcome them.

The narrative of the picture is somewhat awkward. Based in Baltimore, twentysomethings and thirtysomethings alike are remiss about the current lack of communication within our social landscape (Antonioni it ain't, folks). There's a star-studded cast-featuring Ben Affleck, Jenifer Aniston, Drew Barrymore, Jennifer Connelly, Kevin Connolly, Bradley Cooper, Ginnifer Goodwin, Scarlett Johansson and Justin Long-each of which epitomizes one of the many "rules" or one of the few "exceptions to the rules" that the movie presents. Title cards interrupt the characters' interactions as if dividing the film into chapters that act as self-congratulating set-ups to the title's punch line ("If he's not calling you..."). Accompanying these are "real life" interviews with women who share stories that relate directly to these title cards. I really don't know what to make of this faux-documentary style or why it was utilized; it's out of place.

Perhaps the biggest crime of the picture is the way it approaches gender differences. I realize the target audience of the film is the Sex and the City crowd, but a gap exists between the reality of interaction and what's presented here. Though the film is somewhat tongue-in-cheek about The Rules of the Game, it does attempt to mimic realistic examples to promote resonance via familiarity. Our heroines are widely clueless (read: stupid) as a whole and don't seem to abide by the rules that society purveys upon them. Conversely, men seem to thrive, as if we invented and upheld these rules, a notion I found to be odd; the average male couldn't care less about such protocol. Naturally, the title of the film does convey the idea that women are confused by male behavior-no argument there-though the men are portrayed too universally as the ones perpetuating such confusion and females are portrayed as too universally ignorant of men's games. It's as if the female characters don't have their own tricks or understand the psychology of why some men act as they do. In this, the movie becomes something of a frustrated pout more so than an insightful look into the current dating scene.

Though turning the film into a balanced look into the tactical side of dating wasn't the picture's aim, such a notion would certainly have helped. Because of how shallowly the movie reflects the essence of attraction, a lot of weight is placed on the actors, who do a well-enough job I suppose. These characters aren't really a stretch for them, and they all churn out the performances we expect. I will say that it's good to see Justin Long, Bradley Cooper and Kevin Connolly getting more attention, even if this product itself is a bit of a train wreck. Expect more ensemble romcoms like this in the future.