For better or worse, there's a distinct Sex and the City effect on our modern culture and it greatly impacts the manner in which film and television producers tap into femininity and the modern woman. SATC has a distinct attitude to it, one that is empowering and supportive of the independent woman, though I find it encapsulates itself a bit into a distinct class mold. Others, living outside of their individualized worlds, may miss the context. One such person is Diane English, writer and director of The Women, a film based on a 1936 play which has now been twice adapted for the screen. 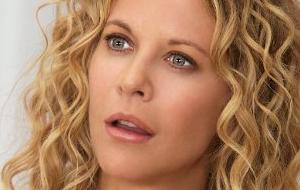 The first picture from the source material was a 1939 satire by George Cukor, a filmmaker who never skimps on adding a pinch of charm to his cinematic recipes. Instead of adding her own modernized perspective of city women English uncreatively borrows from the aforementioned series and the results are weak and uninteresting. Female audiences must have smelled a dud from a mile away because Women grossed only $26.8 million despite playing on as many as 2,995 screens. SATC made twice that much during its opening weekend. Still, I wouldn't be surprised to see more of the same in the future. After all, Hollywood has a tendency to repeat itself.

Generational gaps are bound to exist in creative circumstances such as this. There is a seventy-year difference between the time playwright Anita Loos penned the original script and when Diane English decided to adapt it so, naturally, there are obstacles to overcome. Compromises must be made, and English seemed to make all the wrong ones. The basic story is this: four middle-aged Manhattanite females muse over relationships and friendships whilst attempting to come to terms with the reality that surrounds them. Okay, acceptable so far. In fact, the all female cast is an interesting movement, though not an original one as Cukor's version was also absent of male performances. It should be noted just how important this is. Women have moved forward in every social and political arena over the past decades yet their place in cinema is still oftentimes secondary. That being said, this film gets its presentation all wrong. Themes of empowerment and independence can be seen but they are buried beneath some of the most clichéd personalities ever put to film. This causes the movie's message to become almost paradoxical.

What is worse is the touch of contemporary considerations that are interjected into a script that prides itself on including much of the original's dialogue. While Cukor's was basically catty satire of the upper class, English's is a celebration of women succeeding in societies most superficial aspects. An extra feature on the DVD delves a bit into why she wanted to adapt this particular piece but it hardly offers the insight needed to support such sloppy depictions. Instead it focuses too much on rather trivial aspects such as the casting, which is all well and good, but it again doesn't do anything to back up the movie as a whole. The sad fact is nothing could anyway.