With re-releases and anniversary editions being all the rage these days, Universal and Focus have decided to issue a newly packaged version of the wonderful dark comedy The Big Lebowski. The film remains the same: a light, fun caper which meshes a narrative that’s heavily inspired by Chandler’s mystery novels with hearty, personal touches from the lives of directors Joel and Ethan Coen. While it has become a given that any movie with such an esteemed cult following will celebrate milestones such as this, the version in question comes only three years after a special edition hit the shelves. Let it be known that most of what’s listed as “new” features are recycled from that previous edition. 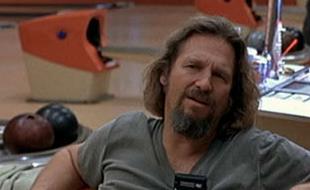 A new, aptly decorated menu greets viewers and alerts them to the special features, most of which are merely standard fare, including a disappointing “making of” documentary; a piecemeal offering of decade old interviews and movie footage. A more interesting, but not particularly well-done feature is a mini-doc about Lebowski Fest, a yearly gathering of all things “Dude.” A newly integrated interactive map offers some unique perspective on filming locations but the menu itself is difficult to navigate. Probably the most interesting piece is “Jeff Bridges' Photo Book,” a collection of Polaroids the actor took while on the set accompanied by commentary on each shot from the photographer himself.

As a whole, the aforementioned special features may make for a decent way to kill an afternoon but hardly amount to anything worthy of repeat viewing. Perhaps if/when a new transfer for the film is released I’ll be able to give it my full endorsement but, for now, most fans are well-suited enough with any older copies they might already own.