The new installment in a popular series of racing films and a coming-of-age comedy enter the frame this weekend. 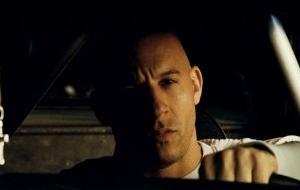 After various failed attempts at becoming bigger box office draws, Vin Diesel and Paul Walker will return to the franchise that helped give a boost to both of their careers.

Fast & Furious will be playing in 3,462 locations, which is certainly a confident release on the part of Universal. The return of Diesel and Walker should provide much needed assistance to a franchise that is lagging, but not dead by any means. 2006's Fast and the Furious: Tokyo Drift marked the third installment of the series, but neither Diesel nor Walker were the film's leads and as a result it grossed a modest $62.6 million domestically ($68 million when adjusted for inflation). 2003's 2 Fast 2 Furious featured Walker and Tyrese Gibson but no Diesel, and it grossed an incredibly solid $127 million domestic ($151.4 million when adjusted). The first film in the franchise raked in $144.5 million domestically in 2001 ($183.7 million adjusted).

The current selection of theatrical releases leaves a wide opening for F&F to drive into. Since the racing flick will be aiming at mostly male demographics between 18-49 years old, it has little to fear from last weekend's champ, Monsters vs. Aliens. After the surprising success of such films as Paul Blart: Mall Cop and Taken, North American audiences are showing that they want pure escapism more than ever. F&F represents not only a highly-stylized escapist story, but also a familiar property that audiences will be very comfortable with.

Miramax will be opening the coming-of-age comedy Adventureland in 1,862 locations. The film has an incredibly solid cast that includes Jesse Eisenberg, Twilight 's Kristin Stewart, Ryan Reynolds as well as Bill Hader and Kristen Wiig from Saturday Night Live. Adventureland 's R-rating will keep younger teens out, but the film should find a loyal audience thanks to the strong marketing blitz that Miramax has given it.

Even though word of mouth is lackluster, Monsters vs. Aliens should have a prosperous second weekend of release. While M vs. A still represents the strongest choice for family audiences, but it will still lose around 45%-50% of its patrons.

Before the end of its theatrical run, M vs. A should scoop up around $130 million domestically, which will easily top the $114 million that Disney's Bolt brought in after opening in November 2008.